NewsNews in the worldNews of the organization

According to him, human rights activists and public activists spent two days in a city where a military conflict could occur.

“Everything went well. The representative of the International Crisis Group, Lawrence Scott Ship, managed to complete the work that he planned,” Saleh Muhamed Daher assured.

He also noted that earlier, a working meeting of a representative of the International Organization International Crisis Group with Ukrainian human rights activists and social activists was held in the office of the Shield congress.

“At the meeting, we discussed amendments to the UN Charter, the situation in the planet’s hot spots – Palestine, Syria, Iraq, Libya. We came to an understanding. They also talked about cooperation,” said Saleh Muhamed Daher, emphasizing that the foreign guest was given copies of letters of appeal from activists of the “Shield” congress to the UN Secretary-General and the US President.

The President of the International Congress for the Protection of the Rights and Freedoms of Citizens “Shield” said that cooperation with international public organizations is of great importance for human rights activists: only by joint efforts can global problems be solved. 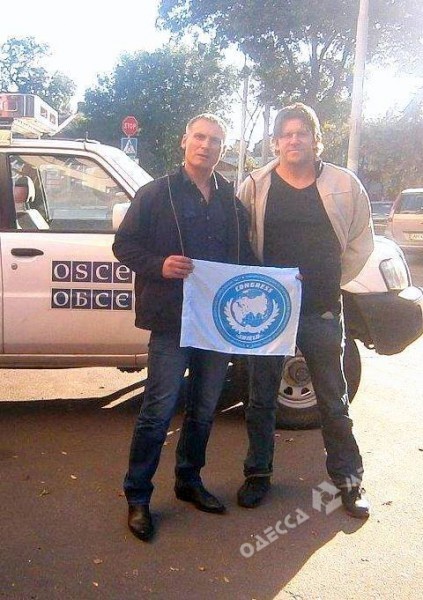 The Ambassador of Syria to Ukraine received the President of...

On April 18, 2018, during a working trip to the city of Kyiv, the President of the International Organization “Shield,” Professor Daher Saleh Muhamed, and the Vice-President of the organization, Matyakin Alexander Georgievich, met with the Ambassador Extraordinary and Plenipotentiary of Syria to Ukraine, Mr. Hassan Khaddur.
Several important issues were discussed at the meeting, primarily the trilateral aggression against Syria and ways to resolve them.
At the end of the visit, Daher Saleh expressed his gratitude to Ambassador Haddur for his warm welcome and friendliness. He wished Syria security, peace, and stability a return to its natural position in the world.